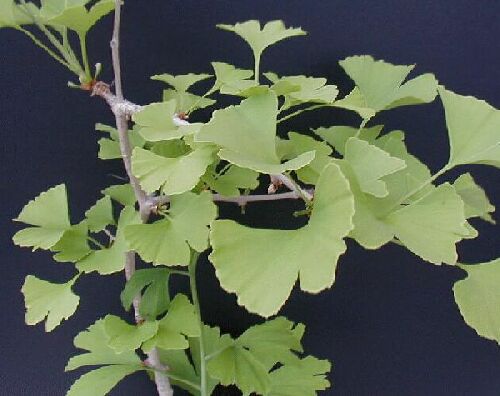 
Originating in the Triassic of 245-210 mya, these deciduous trees flourished worldwide during the Jurassic. They were thought to have become extinct at the end of the Cretaceous, until specimens of Ginkgo biloba, named after it's characteristic bi-lobate leaves, were discovered in China in 1956. 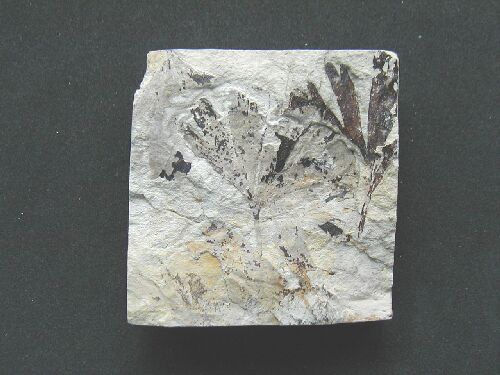 This leaf fossil dates from the Bathonian of the Jurassic and is from Gristhorpe in North Yorkshire.